Article from the Columbus Dispatch

The Cyrkle had a brief but blessed musical life in the 1960s: The band toured with the Beatles and saw one of its songs — "Red Rubber Ball" — rise to No. 2 on the charts.  ​Now, a half-century later, the group is trying to recapture the magic, starting in central Ohio.
Last week in Worthington, guitarist and lead singer Don Dannemann and keyboardist Mike Losekamp played together for the first time in decades.

“Unbelievable,” said Losekamp of Galloway. “It’s something I’ve dreamed of, but I didn’t think it would ever happen.”

He hadn’t seen Dannemann in years but tracked him down in Middletown, Delaware. Soon they were making plans to reunite.
The Cyrkle had quite a pedigree: Formed at Lafayette College in Pennsylvania by Dannemann and three others, the band eventually came to be managed by Brian Epstein, who also managed the Beatles.

In fact, Beatle John Lennon suggested the unusual spelling of circle for the band’s name, said Dannemann. Epstein handed him a business card at a recording session with “Cyrkle” written on the back.

“Johnny gave us the name,” he told Dannemann.  To his eternal regret, he long ago lost the card.

The Cyrkle toured with the Beatles in 1966, the same year that it scored its biggest successes with "Red Rubber Ball" (written by Paul Simon of Simon & Garfunkel and Bruce Woodley of The Seekers) and "TurnDown Day."

Losekamp, a Dayton native, joined the band after the Beatles tour and stayed with it until it broke up in 1968. He moved back to Ohio, continued to play in bands and retired from the AT&T engineering department. Dannemann is retired from a career of writing commercial jingles. (You might remember Alka-Seltzer’s “Plop, plop, fizz, fizz.”)

The revival began after Pat McLoughlin, a Columbus guitarist who plays with Losekamp in the Gas Pump Jockeys, discovered that the name The Cyrkle was unclaimed, Losekamp said.  McLoughlin has joined the revived Cyrkle, along with Mike Rousculp (guitar) of Tipp City, Don White (guitar) of Franklin Township and Scott Langley (drums) of West Jefferson.

The members taped a promotional concert video last week before an audience at the McConnell Arts Center. Once again, Dannemann belted out the band’s hits, along with rock standards such as "Johnny B. Goode" and "Paperback Writer" (the Beatles tune that edged out "Red Rubber Ball" for No. 1 in 1966).

They also unveiled a new tune heavily influenced by the band’s history.
Part of the lyrics: “Funny how the circle goes around.”. 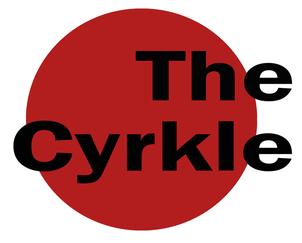 Rock band The Cyrkle forms anew, circles back to its origins