He and his bandmates were interested in reviving The Cyrkle and wanted to know if I was interested in participating. In recent years I've played several times a year as a duo with a very talented friend which I'll discuss separately. But for now,the thought of playing as The Cyrkle in a full band was very intriguing.

October 2nd - I flew to Ohio to meet the guys and wives. The agenda was to meet, talk to the agent who was interested in us, take pictures, and play together to see what sort of chemistry we had. I give it a thumbs up on all counts. But the first thing was to give Mike a big hug after almost 50 years.

Getting together and playing was awesome. We all knew Red Rubber Ball and Turn Down Day so getting those together went pretty quickly. A high point came when we did The 59th St. Bridge Song [Feelin' Groovy]. The harmonies came together wonderfully and we discussed the story that we'd tell in our show when performing this song. It has an interesting relationship to The Cyrkle.

October 4th - I flew home looking forward to the next step.

October 17th - we had a conference call with the full band and our prospective agent. He had returned from a convention in Nashville where agencies get together to present artists and book tours and venues. He was very enthusiastic and suggested that our next project was to do a video to promote the group which is now in the planning stages.

October 30th - I had a nice discussion with Pat McLoughlin who, in addition to being part of the group, handles most of the business. We're pretty set on a venue and a video company and we're close to a final date. We're expecting the to video to be shot as a show before a live audience. The date is almost set and I'll pass it along as soon as it's final.

November 3rd - The first performance was then scheduled for November 17th!  It was to be a lot of fun and a very interesting combination of show, shoot, recording, and work in progress.  We performed full songs with interesting stories between and make it very entertaining.

The event took place on Nov. 17th at:

November 15th - I made the flight back to Columbus. Pat picked me up and brought me to Mike Losekamp's house where he and wife Sharon made me feel very welcome. We spent the evening at guitarist Don White's house where we did our first practice and picked up again the next day.

November 17th - One last practice before going to the venue to set up. In addition to practicing and deciding on songs to play we spent time discussing stories to tell between songs which we all felt was an important part of the show and a way to keep things interesting.

The McConnell Theater turned out to be a wonderful place to hold our event. I was told it held about 220 which was perfect for what we wanted to accomplish. It also had a nicely set up stage and good dressing rooms.  The audience was admitted around 5:30 after set up and sound check although a few early birds got to see us do Red Rubber Ball as part of that check.

The Gas Pump Jockeys went on first and did great.  After a short break we went on. Since the purpose of this performance was to get a promotional video the audience was coached to be real enthusiastic and respond to prompts to applaud etc. As the concert went on it became apparent that no prompts were needed cause all the audience reaction was spontaneous and very enthusiastic!!!

​A pleasant surprise was that most of the crowd stayed for the meet and greet session following the show. They bought pictures, albums, and Cd's.  We signed a lot of autographs, and received lots of compliments!

December 1st - The first edit of the full performance video is in our hands and we are in the process of evaluating and determining final edits for a short promo piece and a longer full concert piece.

December 28th - The promotional video is ready!  A link is on the Front page of the website along with the Media page.

THE ENTIRE BAND IS VERY PLEASED!!​​​

In the late summer of 2016, I was contacted by Mike Losekamp, our keyboard player from fall of 1966 until we broke up in 1968. Mike has remained active in music and has been playing in bands continuously since then. 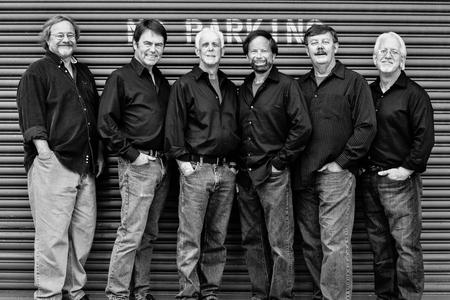 This is how the revival came together...